BOOK YOUR VISIT
GET IN TOUCH 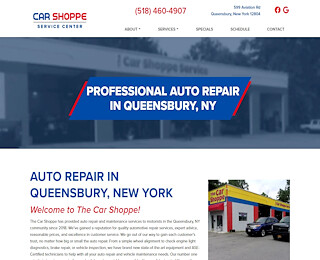 Your car is a maze of wires, switches, relays, and other little electrical parts that you keep comfortable on the road. Trouble in any of the moving parts may give a mediocre driving experience or a complete failure of starting. Electrical problems are becoming easy to diagnose because one can easily use a diagnostic machine to weed out the most hidden faults.

The complicated nature of electrical issues requires special equipment and an intuitive and knowledgeable technician. Do not attempt to take your car to a technician who promises to use his physical sense to collect data. A misdiagnosis will result in you replacing an entire starter, whereas a computer-aided auto electrical in Queensbury will only readjust the computer’s software.

The engine needs enough electrical power to start and maintain a drivable control. The battery’s charge should be enough to spark the energy that will efficiently fuel the engine. A miserable crank could be signs of the following:

The most common cause of clicks when turning the car is insufficient current flow in the system. Do not buy any replacement parts if your vehicle is old and has high mileage. Take the vehicle for immediate service and let us check the system with a thorough electrical testing system.

Do not replace the battery without checking for all other faults. Most batteries last up to five years or less in hotter climates. The issue could stem from a bad alternator or another part of the electrical system. We will check the cables for corrosion and ensure they have the right fitting.

A low voltage electrical system may often start with dimming lights with the culprit as loose wires, a dying battery, or a dysfunctional alternator belt. You cannot diagnose a dim bulb without a capable voltmeter and a full electrical analysis.

The vehicle’s fuse box has a design that prevents short-circuiting and overvoltage. The fuse breaks and protects the electrical system against the excess current. The fuse may occasionally blow out repeatedly due to a more profound electrical failure. Replacing the fuse box is not enough if you do not want further damage to the vehicle.

Smelling burning plastic on an electrical system is a sure sign of an electrical malfunction. Stop the driving immediately and call us to discuss the best way of transporting the car to The Car Shoppe. Driving the vehicle will cause blown fuses, cranking, or a stained acceleration.

Our job is to assess and analyze the health of the car so that it gets the proper repairs for a smooth run. Contact our direct line now or schedule an online appointment for prompt auto electrical in Queensbury.

Give Us A Call

Our service center has professionally trained technicians with the necessary skills to get your car, truck or SUV into top shape. From oil changes to major repairs on your engine and drive train, our technicians will take care of your vehicle like it was their own.

How to clean and maintain your vehicle during a pandemic There are many things you should be thinking about during the current coronavirus pandemic, and a couple of those things include keeping your vehicle clean and also keeping up with the maintenance of your car....